The Siege at the Keep of Stanilee The White

Etched in the blood of the Acolytes, by Squire Fringe
Undead Lords and the Death Alliance 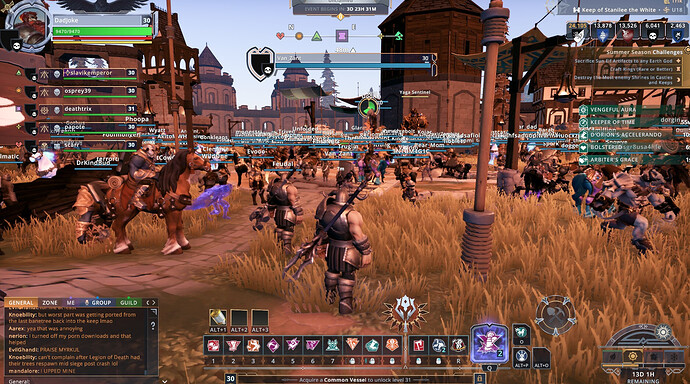 Harken and heed the voice of The Lord of Bones, Death Comes for You…

As the sun set on another day of hard-fought battles between the minions of hell and the Death Alliance, the bell was rung to muster our troops and lay waste to the villains in the land of Trik.

The earth quaked as the riders of the Undead Lords, servants of the Lord of Bones, traversed the countryside, destroying enemies and claiming territories for our crows to resurrect. The Acolytes, most hated foes, were in our sights. Led by Lord Nerion and Warlord Van_Zant, we escorted the crucial battle equipment held by our shield bearers, Lords of Death. Battle groups consisting of Mythril War Hammers and DaD were crushing foes, clearing the conquest points to secure our victory.

We reached the walls; the trebuchets went up and rained fire upon the walls. But what is this? Trickery by the alliance, we sacrificed a trebuchet to fool the enemy and went round the keep to set up our heaviest weaponry. Fire rained from the sky, decimating the walls. The enemy thrust their forces into ours in hopes they would mute our fiery advance. They were weak and many souls were taken for Myrkul on their advance. Securing the trebuchets came at a cost, Squire Evil Ghandi and Lord Nerion lay face down in the mud, lost but not forgotten. Our enemy, flush with courage, or stupidity, once again rushed for our weapons, but alas, they failed and the walls fell to cinder.

Warlord Van_Zant had demolished their walls. Our forces, invigorated, could not contain their lust for blood, rushed into the keep. The courtyard filled with the enemy, they knew not what was upon them,many fell and many fled to regain health. We fought many foes, so may say, enough to crush us, but we did not fall, we kept inching our way to their respawn statue in hopes of slowing their return. WarlordVan_Zant and LoD Anthrage rained more fire upon their buildings, destroying all that laid inside their keep. Keeping the battles close, our shield bearers traversed the hills to out maneuver the enemy.Warlord Van Zant and company sought to divert the enemy’s attention long enough for your MWH andDAD allies to flank their position and mute their return to the keep.

As our forces fought on many fronts, the Bane Trees spawned. Sensing time was short, the Acolytes rallied their troops for a last-ditch effort that eliminated the bane trees and thus securing their defense and repelling our win. One, now two, the trees went down. Sensing the shift of momentum, all allies made haste for the final tree. Healers of all caliber laid their heals on the bane tree, Acolytes mustering their last breath, they were defeated. The day was not over yet, all keep wards were under attack, all allies poured their souls into every swing. The Tree of Life fell. Our Enemy was vanquished, souls were given to the Lord of Bones, victory was at hand. Lord of Death planted their Tree of Life in the hollowed out core of the Acolytes old tree. Like a soulless beggar renewed by Myrkul,s grace, the tree grew forth. 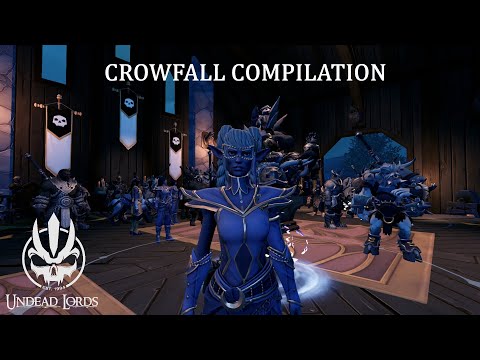 For anyone wanting to get to see a siege up close and personal, we’ve got what should be a barn burner of a pair of defensive sieges tomorrow.

If you want to see what Crowfall had to offer, now’s a great time to jump in!